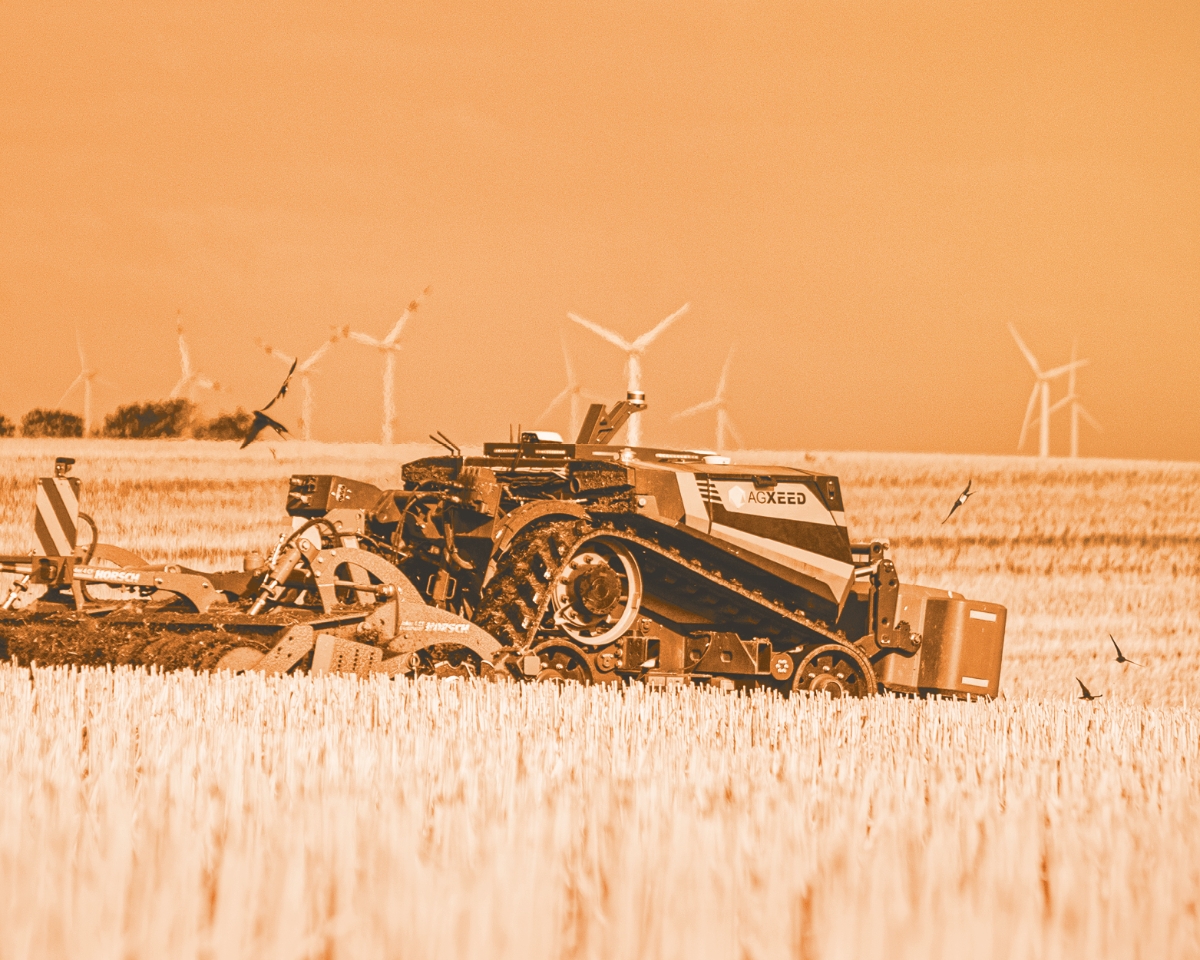 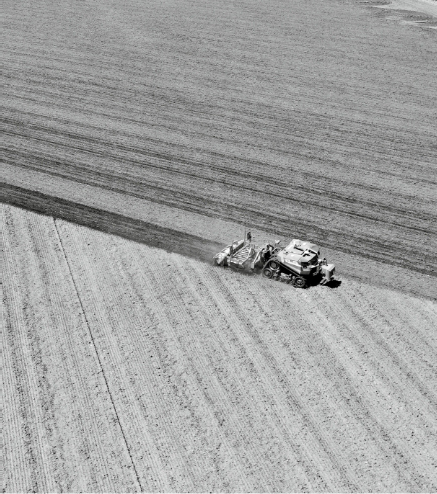 The world of robotics is advancing in leaps and bounds everywhere – including agriculture. As universally deployable platforms, the latest generation of agricultural robots can perform a wide variety of farming jobs with a high degree of precision. And demand is set to grow exponentially in the future.

Autonomous machinery is already established on a large scale in farmyard barns and sheds – in the form of automatic milking systems. In the Netherlands, for example, a third of all dairy farms were already equipped with this technology in 2020. Automatic milking systems have long proved to be extremely practical in other countries, too. In international trade, where the safety requirements in particular are higher, autonomous machines could be in demand for widespread use more quickly than forecast, because it is not just government regulations and climate change that are rapidly transforming agriculture. A keener awareness of environmentally friendly soil cultivation is also leading to a decline in the widespread use of agrochemicals, among other things. At the same time, fewer and fewer people want to work on the land, resulting in a shortage of workers for the tasks referred to as “3D” – dull, dirty, and dangerous. The coronavirus pandemic has further exacerbated the lack of labor, especially harvesters. This is where agricultural robots could come in.

But what progress has been made in robotics for harvesting? The steps forward in development are reflected in higher speeds, increased frame rates, and new designs as well as new on-board electronics for longer operating times and higher workload capability. Current models are available in various shapes and sizes: on the one hand, delicate designs that operate in scalable swarms. On the other, multipurpose robots weighing several metric tons that work as tractors. Dr. Girish Chowdhary is Associate Professor, Agricultural and Biological Engineering and Computer Science at the University of Illinois as well as Director of Field Robotics Engineering and Sciences Hub (FRESH). He develops robotic solutions in the space between large machines and human manual work. He knows that such large autonomous machinery poses an administrative challenge. “An autonomous robot that’s the size of a tractor raises liability and safety concerns. Who is responsible for any damage?” This means that despite multiple redundant internal safety systems and virtual perimeters (geofencing), it is important to consider what happens if the technology fails. A similar debate is taking place around driverless vehicles on the roads – and is being followed with interest by the agritech industry.

Today, large tractors are already in use with level 1 autonomy, meaning that they operate independently, but must be under constant supervision. “Hands off, but not eyes off” is what experts call this approach, which is also common for machines such as the CLAAS LEXION. Level 2 autonomy, under which robots are unsupervised (“eyes off”), raises legal liability questions in the case of large machines in particular. By contrast, level 3 autonomy – one operator for multiple robots – does not seem to present the same hurdles for smaller autonomous units: Chowdhary therefore believes that “it would be easy to introduce smaller robots on a large scale in Europe or the U.S. because they cause less damage if they behave abnormally, and hence pose a much lower risk.” 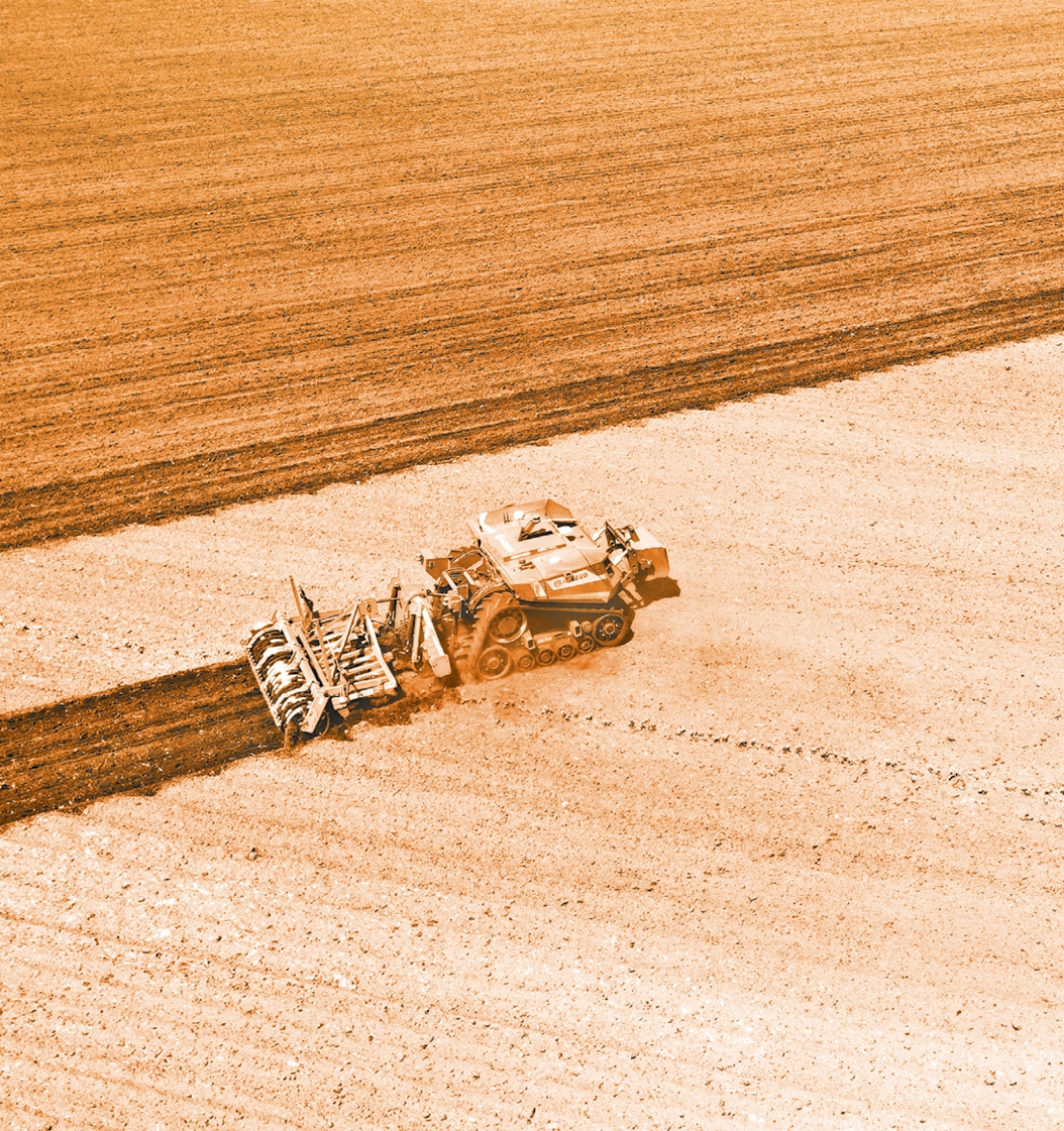 Small machines will offer farmers new options that add to the possibilities they currently have with large ones.”

No competition between concepts

Manufacturers of large harvesting machines stress that, for the foreseeable future, robots will not be capable of rapidly harvesting extensive areas and quantities. Professor Chowdhary only partly agrees: “Small harvesting robots will have a hard time replacing the established large machines in this area,” he says. “But I think small robots will be much more successful in agriculture when it comes to doing things that large machines can’t.” Ultimately, it is not about small and large machines competing against each other, he believes. Rather, it is about giving farmers more possibilities. Chowdhary is convinced that “small machines will offer farmers new options that add to the possibilities they currently have with large ones.” “Robots that are small and light have many advantages when used outdoors,” he says. One of which is their low soil compaction. “Another benefit is that they are scale-neutral. Small farms can use fewer robots, and large farms can use more. Large equipment is usually cost-efficient on big farms.” In the case of row crops such as corn, soybeans, and cotton, small robots will fit into plantations under roofs or under plastic.

Alongside specialists such as robots for harvesting asparagus or strawberries, there are also integrated solutions. CLAAS is backing such a solution with its investment in AgXeed and is pursuing a platform-based approach. Based in Oirlo in the Netherlands, roughly 20 kilometers west of Geldern, AgXeed is not a conventional start-up, but an alliance of experienced agricultural technology specialists who are forging new paths. Their AgBot is a platform that, like a tractor, can perform a wide variety of tasks and operates with various attachments via mechanical and electronic interfaces. Some key data: 156 bhp from a diesel-electric drive, wheels or crawler tracks, and a three-point hitch. With a maximum weight of six metric tons without ballast, it applies little pressure to the ground it is working on, and its low soil compaction meets a key requirement of sustainable farming.

Fully automated friends – large and small – still come at a price. On top of this, high pressure for technological innovation means that a newly purchased machine quickly loses value. This makes robots for “farming as a service” an interesting proposition, especially until they are available on an industrialized scale. Certain manufacturers such as the U.S. company Harvest CROO Robotics already offer the services of their robots. Farms pay robots for harvesting strawberries on a weekly basis and by the quantity harvested. Such service models make the idea of using robots attractive even for small and medium-sized farms – all the more so if the rental is part of a comprehensive package of services.

Joris Hiddema is co-founder and CEO of AgXeed. The robotics specialists from the Netherlands are anticipating new opportunities from their cooperation with CLAAS.

How autonomously can AgXeed machines be used at present?

Our AgBots can be deployed wherever other machines are used. However, the autonomous mode can only be activated within the defined perimeters of our geofencing systems. Our AgBots can work completely unsupervised inside these boundaries. Meeting the strictest safety requirements was part of our concept from day one, and this is reflected in the specifications of all components in the safety-critical systems. We demand that our suppliers adhere to these standards. This also means that such levels of autonomy can never be achieved by simply adding an “autonomy kit” to conventional machines. In practice, it may well be that our first customers remotely monitor the AgBots while they are at work. Over time, users will become more and more willing to trust our AgBots to safely cope with unexpected situations.

What are the main advantages of your cooperation with CLAAS?

The cooperation with CLAAS gives us access to an extensive network of knowledge. I don’t just mean market data, but also advanced technologies, supplier databases, and intellectual property. As a company, we believe in establishing partnerships both on the development side and in marketing. We are already looking at the added value for farmers of connecting our AgBots with CLAAS machines and optimizing functionality by integrating our solutions. What’s more, the fact that a well-known brand such as CLAAS is supporting our solutions will give potential customers tremendous confidence!

What are the next steps in agricultural robotics?

“As a service” offerings are indeed a strategy we are pursuing. Our key differentiator here is the potential of the data collected by our AgBots. At the moment, we make the data collected by us usable for farmers by mapping compacted areas of a field, for example. We intend to continue researching how the data collected by us could potentially be utilized in the entire food supply chain. The data generated by the AgBot can be used by everyone, from farms through to consumers. This data can have a positive effect on workmanship and consumer awareness, which in turn improves attitudes toward farmers. Food will be produced more sustainably and more efficiently. As a collector of data, the AgBot contributes to transparency with regard to the origin of food. 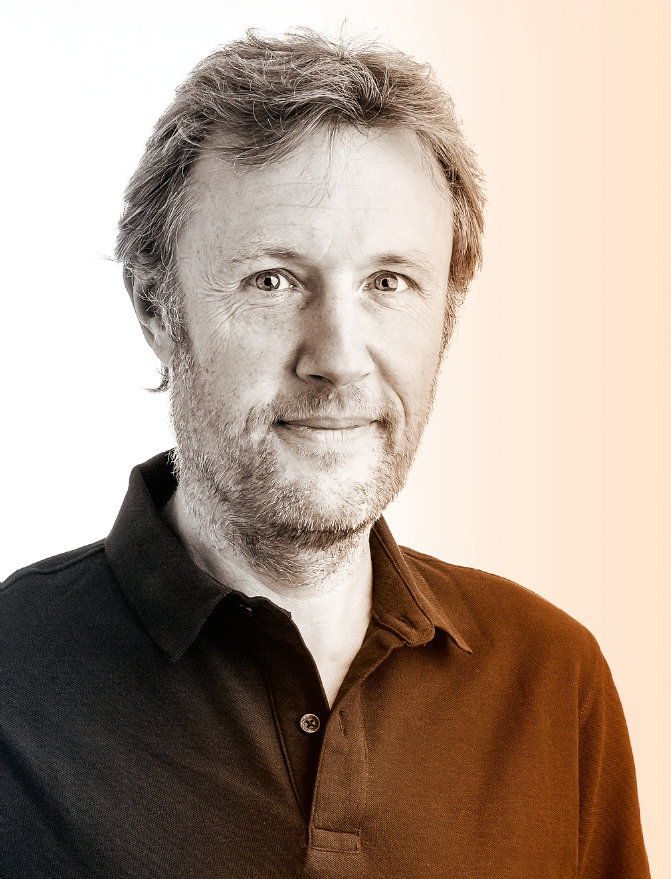 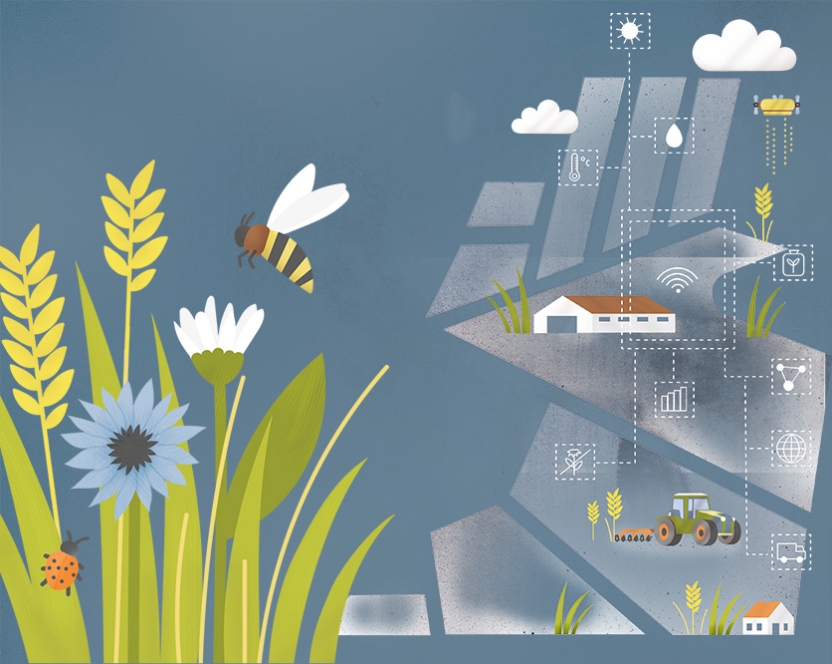 The issue of sustainability is bringing conventional and organic farming closer together. 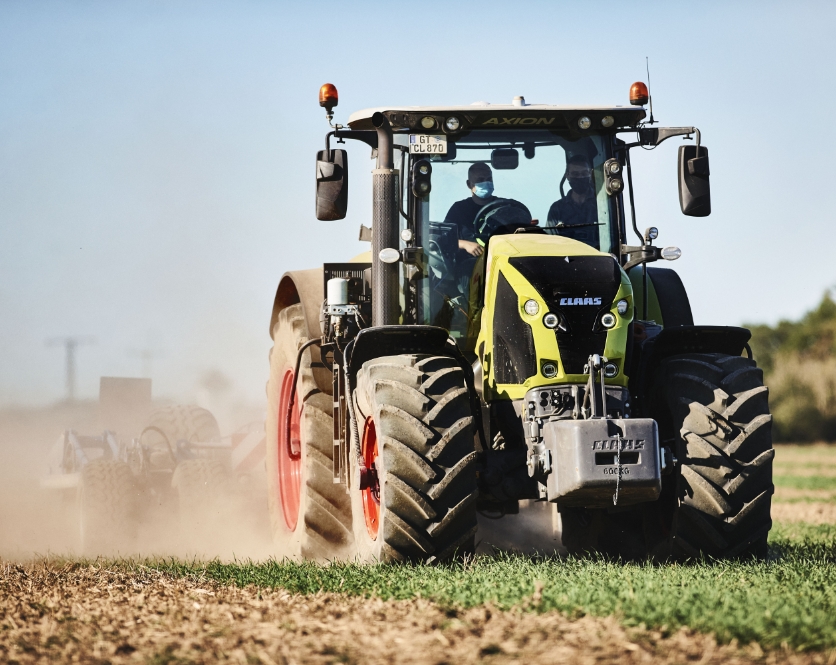 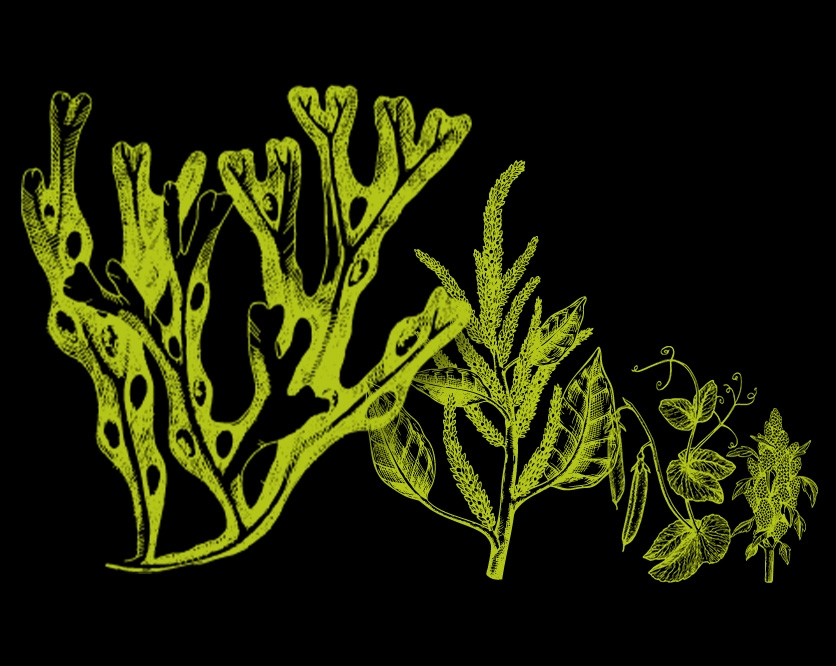 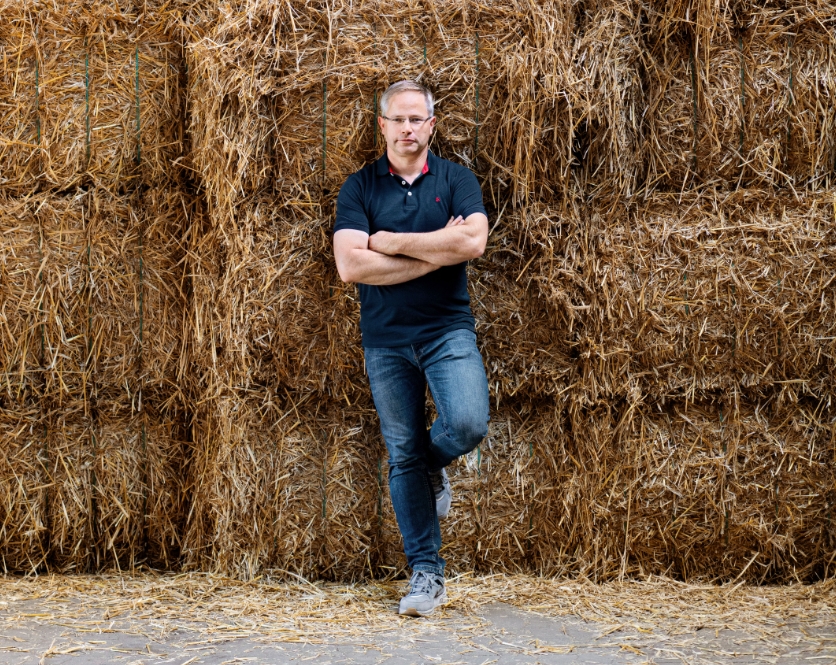 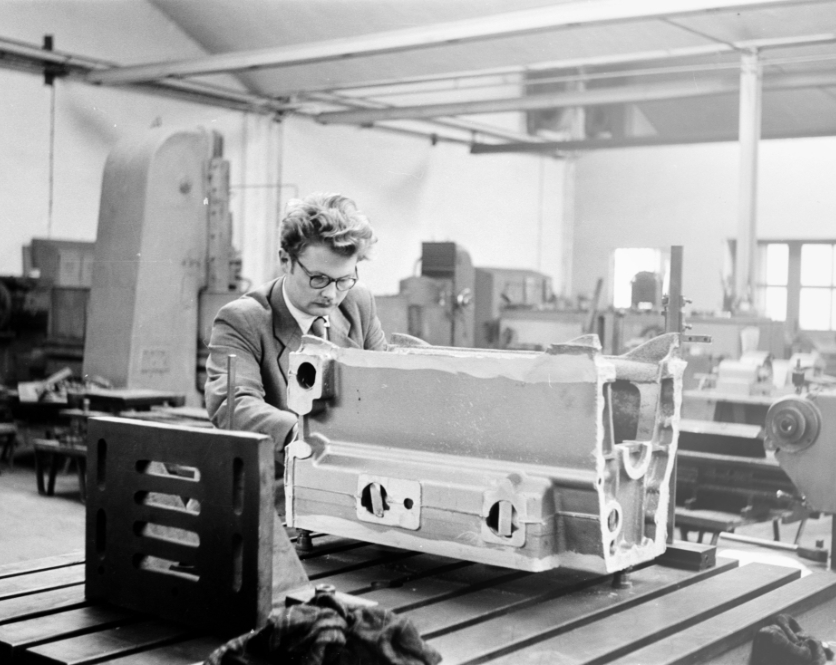 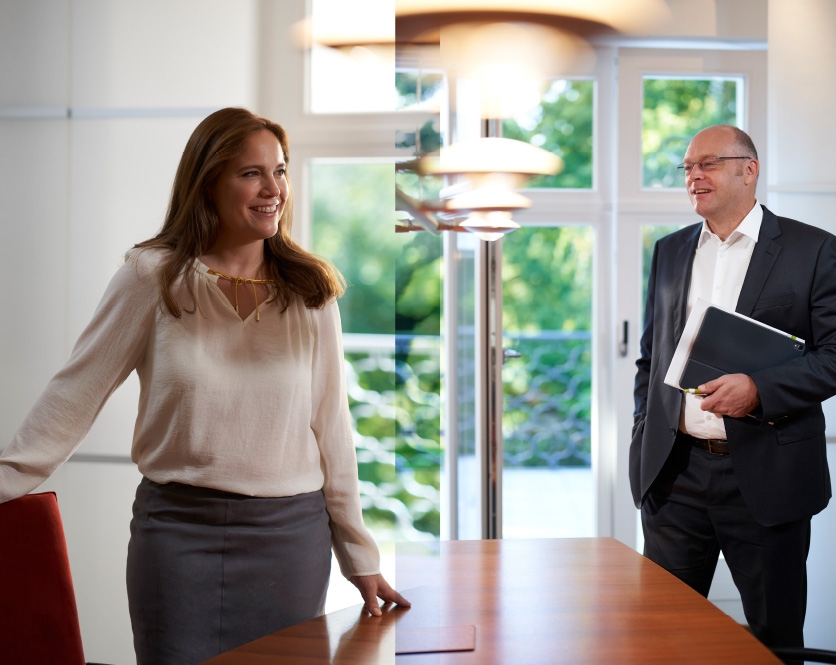 France’s agricultural industry is crucial to the EU and is currently in a state of flux. 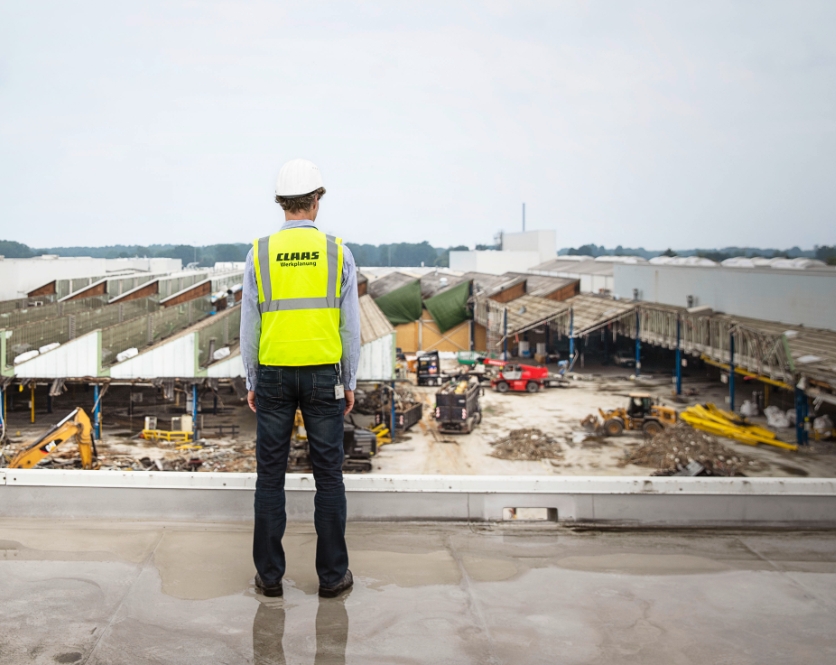